It always seemed like by the time I would notice that the magnolia blossoms had opened, the petals had begun to fade and fall from the tree, leaving a disappointing, slippery mass which seemed to scoff: “You’ve missed it again.” This year, though, our tree held its flowers for much longer than I had ever remembered: for nearly three weeks, which was long enough for me to feel the passage of seasons and the true intention of nature, and to appreciate the pink-and-white balletic beauty as I hadn’t before.

There’s a little girl that I notice every afternoon outside the school when I gather my little boys for the day. She looks to be about six years old, perhaps in first grade. Her hair shines as the sun, bright golden ringlets dancing onto her shoulders as she moves. She stands by herself, perched and waiting, and I do not see her face.

Each day, a woman appears from the shadows: the little girl’s caregiver, perhaps, and stands at the edge of the schoolyard, arms outstretched. The girl turns, rises to her toes, and moves to the woman as if she is running along clouds, bouncing, squealing, and emanating pure joy. She reaches the woman, bounding into her embrace as the two seem for a flash of time to become one person. They turn, hand-in-hand, and fade into the afternoon sun.

This springtime, I have officially embarked on my beekeeping adventures. My head is full of podcasts on extracting honey, images of queenless hives and American foulbrood, and the fear that I will somehow let these magical creatures down with my lack of understanding of the mystery that I have stepped into, albeit with noble intentions.

Before I knew, I didn’t know.

I sat by my hives in the morning, watching the foragers return to the hive with orange and yellow pollen stuffed into the little baskets on their minuscule legs even as their fellow worker bees head out in search of more sustenance. As the dandelions have nearly faded, I wonder what my new friends will find, what the next baskets will hold, and what nature’s bloom has in store.

I am learning that historically, some have considered bees to be souls, returning to represent those who have gone. This concept is immensely comforting to me, giving the rhythmic hum of the hives much deeper meaning than the captive beauty of the present, as though the little moments of time will circle eternally, changing form yet remaining the same.

My little son is often overwhelmed by his days. He holds himself together until he no longer can, until it has all been too much, maybe a bit like our new winged inhabitants at the farm. He got in the car the other day and told me that he wanted to get a shirt with a mad face. He wanted it to have words that said, “I hate everyone.” I told him that sometimes I thought I would like one, too. He has been drawing lots of rainbows lately, with cheerful colors on lined paper, made with markers in fine point. There seems a bit of a disconnect between the levity of the rainbows and the unpredictable storm clouds that loom close. I think he’s still figuring it out.

My first stings have taught me that I don’t know, and that I have much to learn. The bees will tell me, as clearly they have, when I have spent too much time pushing myself into the mystery of their world, when it is time to step back, to watch, to anticipate. Sometimes, that might just be enough.

Today, the joyful little girl waits in her usual spot, but it is a different person, a man in a brown sweater, who has come to take her home from school. Still, she runs effortlessly into his arms as before.

Having bid farewell to the magnolia blossoms, the lilacs have now stepped up. Their beholden beauty will soon yield to the honeysuckle vines and rose blooms. The presentation, some years, is different, though the rhythm remains as true as the hum that I hear when I put my ear, just a bit tentatively, against the hive boxes.

Maybe I don’t really need to know. Maybe I just need to wait, to welcome the change that each moment has to offer, and to hope that I can harvest a little honey along the way. 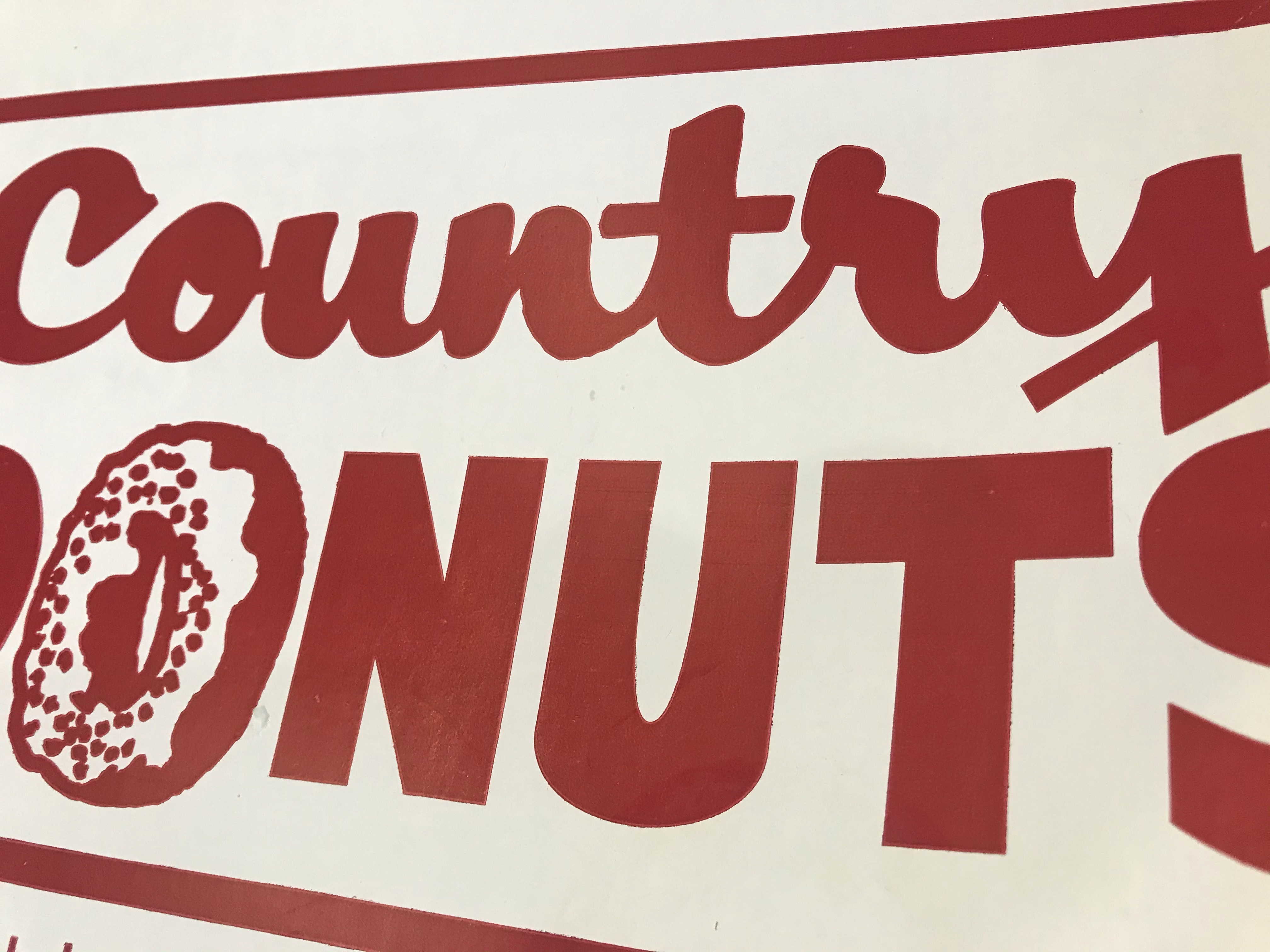 “Mom, why are you crying?” His question came from a place of innocence that I feared was about to fade before my eyes, which could no longer contain what I knew.

“Because she loves you,” said the nurse softly, gently, poignantly.

I knew it would be different this time, for so many reasons.

So I’m gonna weep a while…

It wasn’t at all what I had thought. They were words that I had heard, words that resonated and meant something to me. They weren’t even the right words.

Shortly after moving to the farm, we were delighted to discover the elderberry bushes that we had inherited with the land. We learned to make elderberry syrup, elderberry jelly, elderberry liqueur, elderberry vinegar, and, at the urging of Uncle Bob, elderberry pancakes. Elderberries seemed almost magical, promising health and well-being to me and my family in many forms.

I often play a song over and over, for weeks or even months, if it means something to me…if the lyrics strike a chord somewhere inside of me…even if their meaning is far from the writer’s intention. Sam had shared such a song with me; with a line that I had interpreted to include “there’s no elderberry tree….” After the song had made circles through my head, I found out that I was wrong. I had misheard the lyric. I think I needed it to sound just as I had heard it, though, in that space of time. I know there’s no elderberry tree, at least not one that can fix everything. But I think I much prefer to keep believing in the magic.

Oh, the demons come. They can subside.

It was the first time since he had come to us that we had been separated. Every time we talked during those longest and shortest twelve days, he asked if one of the dogs had died yet. He wanted to know how the birds were doing and if the chickens were okay. He asked about the bearded dragon, and even about his brother’s friend’s visiting bearded dragon, whether it was still at the farm. The barn cats, I assured him, were out every night, and the stealthy raccoon had returned with the warmer weather to show up each evening precisely when I replaced the food for the cats. His voice was happy, and he always seemed eager to get back to watching movies and winning prizes alongside his hospital mates.

“I tried really hard to hold in my crying. I only couldn’t a couple times.”

How could I have known?

This time, I had to enter through a tent where a young woman with mirrored glasses and a mask which nearly engulfed her entire face motioned for me to enter the hospital. From this port of entry, nothing seemed the same. After reporting my child’s name, I was directed to sit on a nondescript, unexpectedly comfortable chair next to the elevator. Voices rose from all directions. Sharp, fast, thick, unintelligible words formed conversations from behind the doors and inside the closets. The glare from the lights bounced towards me in an attempt, I was sure, to flatten me.

These lights, they haunt me like orchids in a graveyard.

I was only for your very space.

I heard a person screaming. A child, not mine.

“Stop smiling at me,” bellowed the child. Then there was more screaming and this time, some very discernible bad words.

The screams turned into the rumble of the elevator. The heavy sounds filled my bones, making them hurt. The doors opened slowly as theater curtains, revealing the towering blue food cart which I had studied previously. Years before, it had been pushed by an old man who leaned heavily to one side when he walked and who always greeted me with his eyes, without smiling. As the cart emerged from the elevator, I saw the same man, leaning similarly, perhaps a bit further, to one side, pushing the cart. I knew his kind soul behind his mask. I heard his voice, though he said not a word.

Time slowed with every breath. I wondered if this would be my last time.

No one could understand all the lyrics: not anyone, ever. How could they?

It’s hard to find it when you knew it.

A masked attendant brought my little boy to me, then, simultaneously announcing that my son’s boots were lost and thrusting paperwork toward me, one piece that she noted was attesting that he had been given back all of his belongings. I wondered about the boots, his muck boots that he wore when we foraged for elderberries in the swampy August dawn.

We stopped at the donut store, because we always do on our way home from this hospital. Maybe it’s our reward for making it out; maybe its meaning is as magical as my elderberry tree, which isn’t really an elderberry tree at all. On the way in to get our donuts, my little boy reached for my hand.

“Mom, you know all those times I said I wish I had a different mom? I kind of regret that.” His words were clear as the sky’s vibrant blue, even through his mask.

Everything that happens is from now on.

Maybe there’s no such thing as an Elderbery Tree, in a theoretical sense. I did make some elderberry jelly last week, because I had more time than usual while the boy was gone. As long as there are still some elderberries in the freezer, though, I am holding on to the hope that one day, I just might find the recipe for what we are really looking for.

*Musical inspiration from randomly heard and interpreted (or perhaps misinterpreted) lyrics mostly from Bon Iver (Salem, Towers, Re: Stacks, Calgary) but also from Ben Howard (London) and Keaton Henson (How Could I Have Known?)