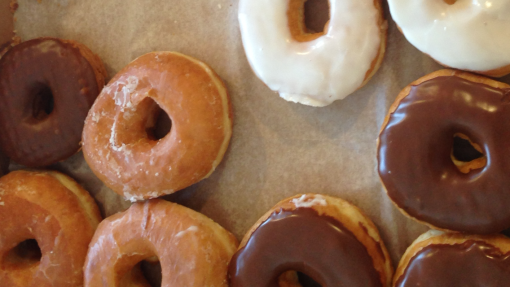 The crack in my van’s windshield had gotten really big, big enough that it was debatable as to whether it obstructed my driving.  Dan took it for repair.   While it was in the shop,  it occurred to me that I had not cleaned the back seats in at least a couple of months.  I cringed at the thought of what was back there: fast food wrappers, Halloween candy rejects, stale donut parts, forgotten library books, long lost homework assignments, unmatched mittens and socks, Hot Wheels cars, and those dreaded discarded sippy cups containing a fermented gray substance that may have at one time been chocolate milk. Hopefully, the technician would not notice the pile of indeterminate things that had probably begun to compost in the space behind him.  Like many things, though, it was out of my hands.

As it turned out, they couldn’t fix the windshield that day. They did not have the right parts.

My friend came for a visit yesterday. We had not seen each other in about fifteen years. She was coming to town with some members of her family for an event at the university. She brought a box of donuts from my favorite donut shop, but she didn’t know it was the one I liked best. We sat across my kitchen table from one another, and for a short burst in time, we were in the basement of Grant Towers, eating dorm food in the cafeteria. When I moved onto her floor as a college freshman, starry eyed and nearly as innocent an eighteen-year-old could be, she already had a year of college life under her belt. She knew where to find the good things, and she willingly took me under her wing of experience.  I towered over her tiny frame, but she was determined to take my hand and to guide me through the days ahead, to watch over me as together with the other girls on the eighth floor we navigated the threshhold to adulthood. As the days wore on, something else that she showed me was the magic of true friendship.

We both studied education, and she, perhaps without even knowing, was my teacher. She woke me when I had overslept for my class. She sat on my bed late into the night and shared much of what she knew about boys, men, and growing older.  She even helped me face my fears when she pulled me into the bathroom with her to hold back her hair as she held her head over the toilet in the wake of a little too much Kahlua and cream.  I was learning.

She let me into her world in my state of wide-eyed simplicity.  She didn’t care if I didn’t understand the jokes, if I wore ribbons in my hair, if I went to the library instead of a Friday night party, or if my eyebrows were messy.  Still she offered her eyes of the brightest blue, even when they brimmed with tears as she shared her secrets.  She loved me, and I knew it.

The van went back to the shop on a different day.  Once again, I had neglected to tend to the growing, perhaps now smoldering pile, in the back seat.  Now, once again, that mess was out of my hands. I had planned to clean it.  I just didn’t.  This time, the repairman called in sick.  The van, still sporting a cracked windshield, returned to the farm.  I would have another chance to clean out the back seat.

I was dressed for church and nearly ready to go.  I didn’t have enough time to tidy the house from the weekend’s chaos , but I did make some peanut butter bars for company.

Then, the baby threw up.  We were no longer going to church, and I changed out of my dress and into clothes more suitable for sickness patrol.  I warned my friend, but, to my secret delight, she came anyway.

Her eyes were just as blue as the memory I had held.  The visit was short; the family had an event to attend.  Her daughter reminded me of her younger version, and I didn’t want them to go.  There I was, in my bleached stained pants and favorite old sweater, with the house smelling of a combination of sardines (which I had not finished before they arrived) and incense.  I should know better than to think my friend would mind if there were clothes on the floor or  dishes in the sink, or even sardines on the counter, or if I was no longer dressed in my Sunday best.  She came to see me.  And, well, maybe the chickens.

Yesterday, Dan brought the van home with a new windshield.  Though I had the best intentions, I never had taken the time to excavate the back seat.  Still, the glass is new.  Despite the mounting garbage in the back seat, the technician did his job.  I guess there will still be another chance, though, because the steering needs repair.

True friendship really is forever, perhaps like the stuff in the back of my car.  All of the busy things seem to try to get in the way of what is most meaningful.  I am glad that she came after all those years, with a new lesson, and I am glad she brought donuts.

From childhood, I have wanted to care for children, to bake cookies, cakes, and bread, to hear music, and to tend to my garden and my chickens. I am blessed and lucky to be able to do all of these things. I live with my beloved husband, Dan, and our many precious children on a farmette in DeKalb, IL, which, perhaps in my opinion only, is the most beautiful place on earth. Sincere thanks to anyone who has taken the time to visit my blog, to read my books, or to support my writing adventure in any way.
View all posts by 1maniac1989 →